Qbrexza® (glycopyrronium tosylate) cloths are a recent addition to the topical treatment of hyperhidrosis. The treatment received FDA-approval in June 2018 (available in the U.S. October 2018) for the treatment of primary axillary hyperhidrosis in patients aged 9 years and older. Qbrexza is an anticholinergic available as a 2.4% solution on a single-use cloth towelette, packaged in a pouch for topical administration. Qbrexza was shown in clinical trials to improve sweating symptoms as soon as 1 week after starting the regimen. Studies also found that patients using Qbrexza wipes once daily for four weeks improved their “sweating severity” by nearly 25% to 30% (compared to 4% to 5% with placebo) and that measured sweat volume was reduced by 50% or more (in most patients.) The wipes were "well-tolerated" and any reported side effects were primarily mild to moderate. The most common side effects were: dry mouth (in 16.9-24.2% of patients); erythema/area redness (in 17% of patients); and burning/stinging (in 14.1% of patients). There are four research studies presented at a recent American Academy of Dermatology meeting one may review to learn more about the Qbrexza safety and efficacy profile. Use the links below to access these:

Prior to glycoprryonium tosylate clothes, topical use of anticholinergic drugs had been previously considered in an effort to avoid systemic side effects. However, sufficient absorption through the skin to affect cholinergic nerve endings had been considered a limiting factor, requiring higher concentrations of drug that could lead to systemic absorption and side effects.[58] Contact sensitization was also possible.[58] Propantheline, scopolamine, and poldine methylsulfate were among the anticholinergics used experimentally for hyperhidrosis.[58] Topical propantheline delivered by aerosol was effective in decreasing plantar sweating in institutionalized patients.[37] Poldine methosulfate and glycopyrronium bromide were delivered via iontophoresis in two different studies, with some reduction in palmoplantar symptoms.[1,47] In such prior studies, axillary hyperhidrosis did not respond as well, and systemic side effects were noted in many patients, particularly when higher doses were used.[1,47]

Peripheral nerve blockade by use of local anesthetics could also lead to anhidrosis by blocking sympathetic nerve transmission to eccrine sweat glands.[58] Although a eutectic mixture of 5% lidocaine and 5% prilocaine reduced palmar and axillary hyperhidrosis in 15 of 17 patients for up to six hours, when used daily for three to four weeks, only 25% of the patients were satisfied with the therapy.[2,3,6,75] 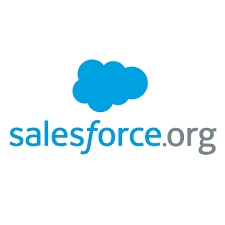