Everyday Health: How to Sweat Less When You're Sweating Bullets

Are you drenched in sweat when others around you seem cool as cucumbers? You're not alone. Millions of people deal with excessive, life-altering sweating — but there's hope. Here's how to manage.

Sweating is your body's way of cooling itself. Everyone does it, but some people do it more than others. Excessive sweating — producing as much as five times more sweat than is needed — occurs when a person's cooling system is kicked into overdrive. It can be an embarrassing and life-altering problem. But you don't have to suffer in sticky, sweaty silence. There are several treatments available to help you sweat less — and live more.

Excessive sweating is a real medical condition called hyperhidrosis. The most common type affects an estimated 8 million Americans, or 3 percent of the population. It's an equal opportunity problem, affecting men and women at about the same rate. People with hyperhidrosis sweat profusely nearly all day, every day.

When it comes to women's health, the problem can be particularly bad. "It affects personal relationships, the ability to be productive at work, intimate relationships, exercise and leisure activities, and really all aspects of life," says Dee Anna Glaser, MD, president of the International Hyperhidrosis Society and professor and vice chairman of the dermatology department at Saint Louis University School of Medicine.

Sophia Wastler, a 36-year-old small-business owner from Virginia Beach, Va., knows that firsthand. She started noticing excessive sweating on her palms and under her arms when she was just 9 or 10 years old. "My teachers would mark my work as messy since the sweat from my palms would get on the paper and smudge the ink," she recalls, adding that she withdrew socially because she didn't want other kids to see her sweat. "I would try to hide myself with baggy clothes."

The most common type of excessive sweating is called primary focal hyperhidrosis, meaning the sweating occurs only in specific small areas of the body and is not caused by another medical condition or a medication. The most common areas involved are the armpits, face, palms of the hands, and feet. As in Wastler's case, it often begins in childhood or adolescence and does not usually occur when the person is asleep.

Another type of excessive sweating, known as generalized or diffuse hyperhidrosis, is caused by underlying medical conditions or some medications. The sweating is usually over larger parts of the body and may occur during sleep. Common causes include:

Cancers such as leukemia

Infections such as tuberculosis

Generally, treating these conditions also helps treat the sweating, too.

Excessive Sweating Treatments Available to You

According to statistics, 67 percent of women with excessive sweating seek treatment, while only 32 percent of men with the condition do so. But Glaser urges everyone to talk with their doctors, because there are effective options that can be tailored to each person. Excessive sweating treatments include:

Prescription antiperspirants. These formulas contain higher doses of aluminum chloride, which can help you sweat less by plugging sweat ducts. They work under your arms but can also be effective on hands, feet, and the face. Side effects may include skin irritation.

Injections. When antiperspirants don't work, botulinium toxin type A (Botox) injections, approved by the U.S. Food and Drug Administration (FDA), can treat severe underarm sweating. The local injections effectively turn off sweating at the injection site. Botox does not cure excessive sweating; the shots are usually effective for several months and then need to be repeated. Botox is sometimes used to stop sweating in the hands, face, and feet, as well, but side effects like muscle weakness and drooping eyelids have been reported.

Iontophoresis. This procedure uses a small machine to send a mild electrical current through water and is very effective in treating sweaty palms and feet. It's believed that the electricity and the minerals in the water work together to slightly thicken the top layer of skin to block the flow of sweat to the skin's surface. Several iontophoresis sessions are needed to help hands and feet sweat less. Eventually, people are put on a maintenance schedule of once a week or once a month, depending on their individual needs.

Medication. Anticholinergic drugs, like glycopyrrolate (Robinul, Robinul-Forte), help prevent stimulation of the sweat glands. However, doctors are hesitant to prescribe the drugs long-term because of the potential for serious side effects such as confusion, trouble breathing, chest tightness, and memory loss. Beta blockers or benzodiazepines also can help reduce sweating related to stress.

Surgery. There are two types of surgery. To relieve underarm sweating when other treatments have failed, surgeons sometimes use a surgical procedure to cut out and remove these sweat glands. Another procedure called endoscopic thoracic sympathectomy is used to disrupt signals coming from spinal cord nerves to the sweat glands. This is considered a treatment of last resort because of the risk for severe complications.

In addition, the FDA has approved a new handheld device to treat severe underarm sweating. It uses electromagnetic energy to break down sweat glands. Called miraDry, it should be available from trained doctors by the end of the year.

The Benefits of Treating Excessive Sweating

Wastler finally got treated for her excessive sweating when she was 31 years old. A combination of Botox and iontophoresis has not only gotten her hyperhidrosis under control, she says, but the treatments literally changed her life. "I felt so invincible that I left my secure job [as a public school teacher] and started my own company," she says. It's called the "Starz Program!" and teaches dance, cheerleading, and sports to children in preschools, daycare centers, and private schools at three locations in two states.

Wastler is doing great now, but she does feel that she waited too long to get treatment and wants to warn others against making the same mistake. "I strongly suggest that anyone who thinks they have hyperhidrosis get treated right away," she says. "After I got treated, it was like a veil was lifted and I could start living and have more confidence in my life."

For more information on excessive sweating and its treatments, go to The International Hyperhidrosis Society. 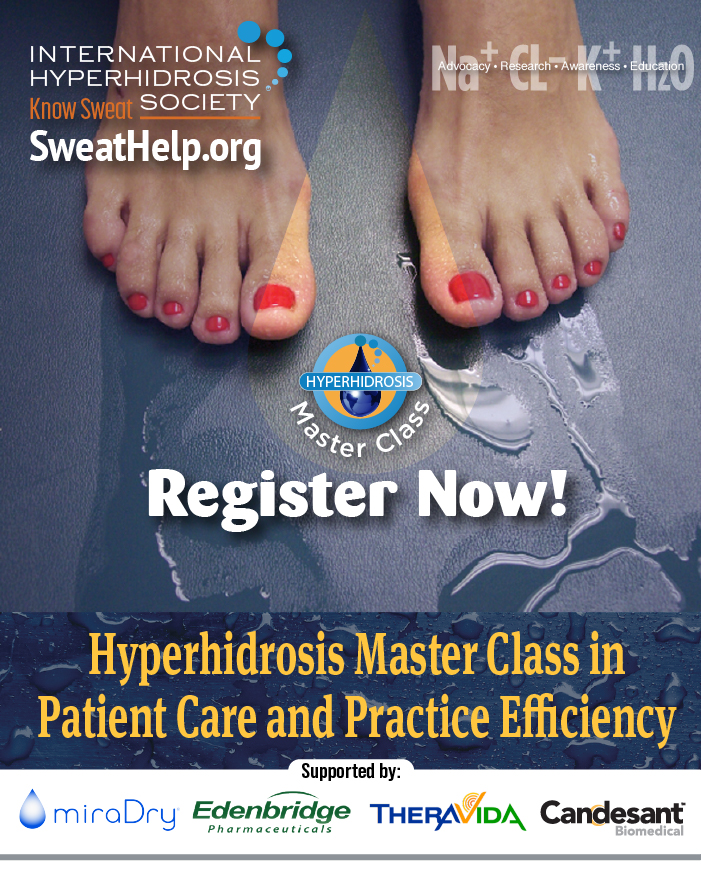