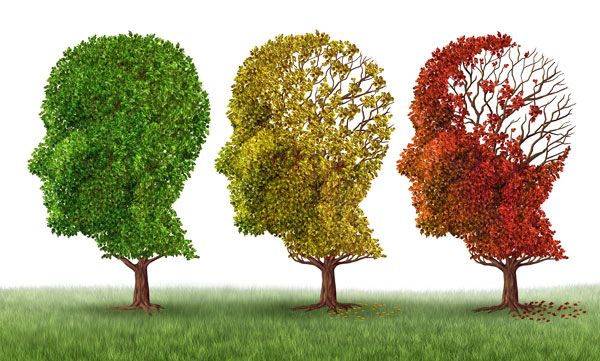 As many International Hyperhidrosis Society members know, anticholinergics such as Robinul (glycopyrrolate) are medications that can be used to treat excessive sweating (hyperhidrosis). In fact, anticholinergics are often used to treat extreme sweating that affects multiple body parts or one large body area (such as the back) that isn’t easily treated otherwise. Anticholinergics block the action of the neurotransmitter acetylcholine. In the brain, acetylcholine is involved in mediating learning and memory. In the rest of the body, it helps stimulate muscle contractions.

Anticholinergics (which include prescription and non-prescription medications) are not, however, just recommended for hyperhidrosis. They have quite a few other uses, too, including treatment of depression, asthma, overactive bladder, prostate enlargement, high blood pressure, COPD, and seasonal allergies. (View a list of common anticholinergics here, note that Benadryl is included!)

Research called “Cumulative Use of Strong Anticholinergics and Incident Dementia; A Prospective Cohort Study” was published in the March 2015 edition of the Journal of the American Medical Association Internal Medicine and suggests that long-term use of anticholinergics in people over the age of 65 may not be good for the brain.

The study looked at nearly 3,500 patients over the age of 65. The most common anticholinergics used by patients in the study were tricyclic antidepressants, antihistamines (such as those used to treat allergies), and bladder antimuscarinics (to treat overactive bladder/frequent uncontrollable urge to urinate). Researchers used detailed pharmacy records to determine all the medications, both prescription and over-the-counter, that each study participant took ten years before and during the study period.

Patients’ brain health was then tracked for an average of seven years between 1994 and 2012. The investigators found that patients with the highest exposure to anticholinergics (highest levels due to cumulative use) were 1.5 times more likely to develop dementia than patients who were not exposed to anticholinergics. The data also indicated that the risk for dementia due to anticholinergic therapy persisted even after patients stopped taking the medications.

What counts as “highest exposure”? In this study it included individuals who took one of the following medications daily for more than 3 years:

Researchers stated: “Our findings suggest that a person taking an anticholinergic, such as oxybutynin chloride, 5mg/d, or doxepin hydrochloride, 10mg/d, for more than 3 years would have a greater risk for dementia.”

We should remember that this study looked only at patients over the age of 65. The risk of anticholinergics affecting the brain in this older age group may be more pronounced for a number of reasons including:

So, how might this study influence decisions regarding the treatment of hyperhidrosis? As we know, hyperhidrosis (or excessive sweating) is a chronic (ongoing) condition. If patients and their doctors choose to treat hyperhidrosis with anticholinergic medication, it is certainly conceivable that this treatment may last for years, thus perhaps putting the patient in the “highest exposure” category of this study. But, the patients in the study were all over the age of 65. Younger patients were not studied and the results of the study cannot necessarily be applied to different age groups. Further study is needed to determine what (if any) effects anticholinergics may have on the brain functioning of patients younger than 65 and whether mental decline linked to anticholinergic use is reversible, or not (there are other studies in the medical literature with conflicting evidence on this).

The investigators suggest that: “Prescribers should be aware of this potential association when considering anticholinergics for their older patients and should consider alternatives when possible. For conditions with no therapeutic alternatives, prescribers should use the lowest effective dose and discontinue therapy if ineffective.”

Hyperhidrosis patients over the age of 65 may want to discuss other hyperhidrosis treatment options with their physicians. For instance, based on survey results we know that craniofacial (head/face) hyperhidrosis tends to be more common in older adults. Botox (onabotulinumtoxinA) is a great option for craniofacial sweating and topical antiperspirants are effective, too. Also, keep in mind, that hyperhidrosis, especially in seniors, may be caused by another medical condition or a medication. This type of secondary hyperhidrosis can be managed by treating the underlying condition or making adjustments to medications.

What next? According to International Hyperhidrosis Society board member, Dr. Ada Regina Trindade de Almeida in Brazil “Further research into anticholinergics and dementia is certainly needed and I think this study calls attention to the fact that we need additional treatment options for hyperhidrosis. We have a number of great options for different body regions affected, but every patient is different and more options for larger body areas and those patients with multiple body areas affected at the same time would be very helpful. Something new may need to take the place of anticholinergics for these patients.”

Fortunately, new hyperhidrosis treatments are in the pipeline. Stay tuned for updates.

This article is by Angela Ballard, RN, and Dustin Ballard, MD. Portions have appeared in the Marin Independent Journal and Emergency Medicine News.